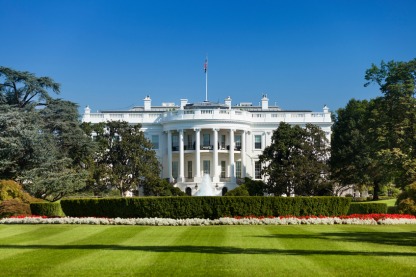 Republican presidential nominee Donald Trump has been announced as the President-Elect to take over from President Barack Obama, after he won enough electoral votes to beat Democrat nominee Hillary Clinton.

In addition, the Republicans won enough seats to hold power in both the House and the Senate.

The result was a surprise relative to polling leading up to the event, with both Trump and Clinton seemingly also surprised by the result.

Equity markets didn’t like the surprise result with those markets that were open (namely Australia), falling more than 2% on the day. The US equity futures market was also savaged during the day, but in a big shock, the US equity market actually finished up in overnight trading as markets digested the news.

Why did it happen?

Whilst there are plenty of reasons why the election result panned out as it did, the main reasons can be boiled down as follows:

The USA has always had plenty of social issues. But many of these have reached boiling points following the Global Financial Crisis. President Obama’s two terms did very little to iron out these social issues and that led to many of those who have been “left behind” (the poor and the middle class) to vote against the establishment, against Washington, and for a candidate with no political baggage, “self-made” (from a wealth perspective), and straight-talking (even if most didn’t agree or like what he said).

Whilst, through the media, it appeared as though Trump ran a horrible campaign, he actually ran a campaign that was specifically targeted and fed off those social and class issues. He spent the most time and money on those states and counties that would deliver him the result to win the Electoral College vote (USA’s unique voting system) knowing full well he would find it near impossible to win the popular vote. In saying that, Clinton only won the popular vote by a very skinny margin given the private email scandal and suspicious use of charity funds that embroiled her campaign at the wrong times. Whilst Trump winning Florida rammed home his win, Clinton’s loss in Wisconsin, Michigan, and Pennsylvania cost her the presidency.

What does it mean?

Given Trump’s rhetoric and behaviour during his campaign, many Americans are fearful and concerned as to what the future holds under his presidency. However, his acceptance speech was graceful, measured, and controlled, in stark contrast to his campaign. This has given some people hope that his behaviour as President will be wildly different to that we’ve become accustomed to through the press.

The potential benefits to the result include:

The potential negatives include:

How do we see it?

The market reaction to the surprise result was not surprising. However, we did witness parts of the market being oversold, which have recovered today on the back of the rise in the US market overnight. Markets will likely be volatile between now and Trump’s inauguration and first couple of months in power, until they get comfort and clarity as to what exactly Trump will be pushing for and how the Republicans use their power in the houses.

We don’t see any reason for investors to panic or make any rash decisions given the result. A well diversified portfolio is always better than trying to time market entry and exit points. Any increase in volatility will present opportunities for those investors with surplus cash, wanting to put some of those funds to work. For those without surplus cash, volatility can present opportune rebalancing points (ie. taking profits from the winners, and rotating proceeds into underperformers).

As always, please don’t hesitate to contact your adviser if you have any further concerns or queries.