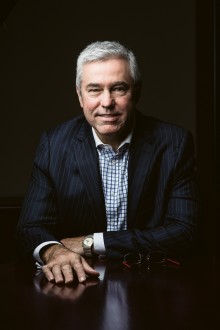 I’ve been thinking about property a lot lately and where it might be headed over the next couple of years. When I say property I mean all types, Commercial, Industrial, Retail and Residential, but in particular residential as there have been so many mixed messages from an array of commentators.

Personally, I think that although Commercial, Industrial and Retail have had a good run over the past few years, there is no specific dark clouds hovering over these sectors, but of course you need to consider the usual cyclical influences. Residential is a different proposition altogether.

I am not a property expert and I certainly don’t have the answers to the many complex questions that need to be considered when looking at this asset class. I will also add that most of my observations are restricted to Sydney and to a lesser degree, Melbourne.

The best way I can start to get my head around residential property it is to weigh up the pro’s and con’s.

Australians loves bricks and mortar. We currently have historically low interest rates and reasonably full employment (unemployment down to circa 5.7%) with dual incomes now the norm. This has led to a large increase in the size of the average mortgage.

Historically we have had a pent up undersupply going back many years which has lead to low vacancy rates. The ability to negatively gear has created an attractive market for investors to meet the rental demand and created a competitive tension between Investors and Owner occupiers.

We have positive net immigration, not to mention the strong interest from the Chinese (apparently we’ve only seen the tip of the iceberg), although the Government has restricted foreign buyers to off the plan purchasers.

I did see a presentation from Bernard Salt recently and he painted a picture of strong population growth with a particular emphasis on Western Sydney being a major beneficiary. All of this has led to a property construction boom which is having a massive positive effect on the economy, the NSW Government being a major beneficiary; don’t try to get between a Government and a pot of gold.

Bring all of this together and you get the strong capital gains we’ve had in many parts of Australia over the past several years.

Having said all of that, there is an “Icarus Paradox” about many of these positive points, which is pretty typical of any asset cycle.

Interest rates will go up one day and the trend could be for a long time and that will have an impact (especially with the average mortgage being around $800,000). The “undersupply” is now being met; you only need to count the cranes on the horizon as you drive around Sydney (and much of NSW). This massive construction of units will complete for settlement over the next two years and recent commentary suggests that some purchasers will struggle to settle which could lead to an oversupply.

The difficult entry level for first home buyers is a concern for most of us and is an incentive for Governments to do something about it.

China has slowed down, but the real questions is by how much and for how long. This creates two main questions for me. The first is already playing out and that is how big an effect will this have on our mining communities and for how long and what are the flow on affects. The second question is, will the China slowdown lead to reducing interest in Australia or a more significant global slowdown. State Governments have also started introducing additional taxes on foreign purchasers.

It’s also hard to see further growth in the short to medium term given the strong growth we’ve had over the past few years and on the balance, all indications are that we’ve started to slowdown, if not fall, which is the real concern. Even the banks have started to tighten their lending practices.

My personal view is that property owners and potential purchasers really need to do their homework all the while erring on the side of caution. I don’t think now is the right time to be throwing caution to the wind and taking out large mortgages. The cornerstone of a good financial plan is that people need to live within their means and have a plan in case things don’t play out the way they expected.

There will no doubt be pockets that continue to do OK, but there will also be several areas that don’t fare so well. Longer term, as with all markets, prices will revert to the mean and it will be a matter of which side of this equation you are on that will dictate whether you do well or not.

My final comment is, get advice and speak to as many professionals as you can. Read up and don’t rush in, property is a big asset and any decision you make will have a lasting effect.