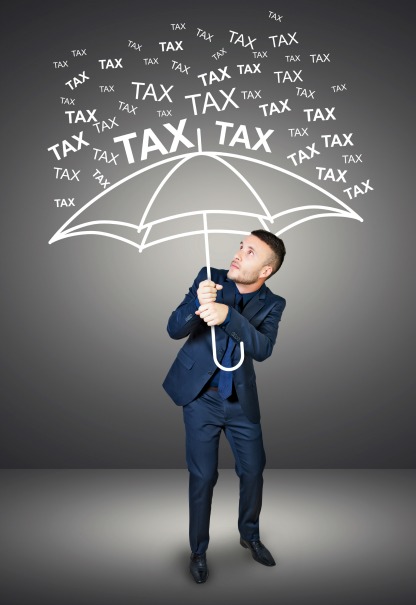 On Monday 30th March 2015, the Treasurer, Joe Hockey, released “Re:Think – Tax Discussion Paper”. The purpose of the paper is to open the tax reform debate that will lead to a green paper on tax reform options in the second half of 2015. A green paper is an options paper, whereas a white paper provides a more definitive policy direction. Following the green paper the Government will release a white paper with its reform agenda that it will take to the 2016 election.

The paper is available from: http://bettertax.gov.au/

The Tax Discussion paper is important, not just for the conversation it intends to start, but also for identifying the areas the Government is targeting for reform and the areas it considers are no-go zones. A summary of these key areas is included below.

No surprise that superannuation tax concessions under review and are likely to feature in the upcoming Federal Budget in May. Key concessions to watch for include:

• Tax on super investment earnings. The differential between the tax rates for accumulation phase (15% tax rate) and pension phase (0%) has been noted as giving tax planning opportunities to those on higher incomes. As the population ages, more individuals will enter pension phase and this will put pressure on the sustainability of super.

• The flat rates of tax on concessional contributions (mostly 15% with 30% for incomes over $300,000) and fund earnings (15% in accumulation phase and 0% in pension phase). The key issue with super tax concessions is fairness (despite the complexity). As has been acknowledged before, those on higher incomes receive the greatest tax discount but the paper takes pains to point out this should be considered in the context of the support provided to those on lower incomes via the means-tested age pension.

• The tax concessional treatment of employment termination payments (golden handshakes) may be another area targeted for reform, as ‘over time, its purpose has become less certain‘.

Some tax concessions were not seen as a problem:

• Salary sacrificing into super was not considered to be a major fairness issue. It is ‘higher among people of higher assessable income, but not disproportionally so’.

• Tax exempt super benefits from age 60 were not seen as a problem per se, however it clearly frustrates policy makers that the ATO does not collect data on this income. It would not be suprising if super funds are required to disclose more exempt pension benefits to the ATO so the Government can move to include more tax exempt super income in various income tests.

• The CGT exemption for the family home appears to be safe: ‘Given the central importance of the home for Australian families, there is strong consensus that it would not be appropriate to tax either the imputed rent on owner-occupied housing or capital gains derived from it.’

• The reintroduction of tax on deceased estates was not considered favourably. Although the paper acknowledged that, unlike Australia, many other OECD countries levied estate and gift taxes, little revenue came from these taxes and they were complex to administer.

• Negative gearing of investment properties was also lightly treated. According to the paper, the deductibility of borrowing expenses was not the problem – rather the problem was the CGT discount on the eventual sale of the property. “…any tax advantage for individuals does not come from borrowing. The potential tax advantage comes on the income side from the taxation of the capital gain.” p. 66

• The taxation of shares appears to be an area for potential reform, particularly in relation to dividend imputation and the 50% CGT discount. Both have the effect of creating a bias in favour of investing in shares over other saving vehicles (particularly bank accounts and debt instruments). However it was acknowledged that dividend imputation had a positive effect in that it has proved a stabilising effect on the economy and encourages tax integrity.

• The myriad of structures through which Australian small businesses operate – discretionary and fixed trusts, partnerships, companies – each with different tax outcomes, is an area of reform. These variable tax outcomes also encourage complex structures that have high compliance costs. ‘From a first principles perspective, similar economic activities should be taxed similarly.’

• The interaction between personal and business tax is an area for more reform. Particularly, the capacity of private companies to reinvest profits rather than pay dividends when a shareholder MTR is high. Trusts were also identified as a problem area, particularly as there are inconsistencies between beneficiary income for tax and trust purposes.

• Small business tax concessions are intended to benefit small business however the rules can be complex and are constantly changing. This can create additional compliance burdens and impact cash flow. The paper suggests that a simpler alternative could be exchanging multiple tax concessions for a lower tax rate for small business as applies in key overseas countries like Canada, US, UK, China, Japan and Singapore. Another option could be refunding tax losses which can have the effect of providing cash flow in the early years, encouraging start-ups.

• CGT tax concessions for small business are primarily to provide retirement savings, however they are complex, and could be rationalised and made simpler.

Fringe benefits tax is an area where there is scope for tax reform. Although FBT is acknowledged as being an important integrity measure, only in Australia and NZ is it levied on employers rather than employees. As employers are already reporting fringe benefits on payment summaries at the individual level, there may be capacity to simplify this tax for employers.

The FBT tax concessions for the not-for-profit sector may also be a target for reform. ‘This concession effectively provides a wage subsidy… which must be paid for by other taxpayers.’

The tax discussion paper has a whole chapter on GST and state taxes, reflecting their importance in any tax reform agenda. The issues raised suggest that GST will be an area the Government seeks to reform, in order to increase revenue:

• The GST covers only 47% of consumption, which is low when compared with the OECD average of 55%. Australia’s coverage is also decreasing, down from 56% of consumption in 2006. Conversely, household spending on exempt consumption has increased from 33% in 2001 to 40% in 2014.

• The exemptions provide for complexity which then falls on small business. Financial supplies are input taxed due to the difficulty in determining a value for the supply. However the input tax regime is in itself complex, and this approach results in $4 billion of revenue forgone.

• Online purchases from overseas are exempt from GST up to $1000. This threshold is high compared to less than $A50 for the EU, UK and Canada.

Although reform in the GST area is clearly on the Government’s bucket list, the paper makes it clear that any change to the rate and coverage of the GST will require support from both Houses of Parliament and the support of all States and Territories.

Surprisingly Capital Gains Tax and the discounts and exemptions that apply to this tax (other than the small business concessions) were lightly treated in the discussion paper. It is hard to read anything into this – other than at this stage of the debate, the Government appears to be treading lightly on this area.

This is just stage one of a long process of tax reform, with green and white papers due over the next year and plenty of talk in between. Also any discussion on tax reform cannot be considered in isolation from the other reforms on the horizon, such as reforms to the Federation (another green paper due in the next few months and white paper by the end of 2015), and the findings of important reviews such as the Financial Systems Inquiry and the Intergenerational Report.

Consequently it looks like 2015 will be the year of the white paper. However as the Government moves into the second half of its term of office, some immediate reforms may be on the agenda for the May Budget, if they can get support in the Senate.