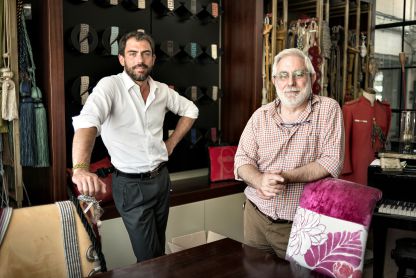 How to stop struggling with succession

Passing on the family business to the third generation is often fraught with failure, but there’s a simple way business owners can avoid becoming another statistic.

Business owners work hard, take risks and often spend a lifetime building a successful company. But when it comes to passing the reins onto the next leader, poor planning ensures those achievements are thrown away, leaving the next generation to start from scratch.

Yet this is exactly what Australian businesses do again and again by failing to appropriately plan for a succession. This problem is particularly manifest in family businesses: data suggests that somewhere between 80 to 90 per cent of family businesses fail to make it to the third generation.

The cause of generational failure

A failure rate of 90 per cent isn’t just a problem — it’s a crisis. And it’s entirely avoidable.

Sometimes the present generation family member, often the founder, struggles with a perceived background role and hasn’t adequately prepared for life after being the pack leader. Succession itself might be poorly timed; companies rarely perform well during the transitional phase. After all, the world doesn’t stop spinning for a change in management.

These causes are real and should be taken seriously. Yet they are only proximate causes. The ultimate cause is lack of effective succession planning.

Suppose a restaurant goes out of business. Subsequent customer feedback suggests that the food was poor, the service was lacking, parking was a problem, and the restaurant was hard to get to.

Lack of planning is the true cause of generational failure in family businesses. A leader readying for transition will plan early and build contingencies, and will take into account the desires, needs, and abilities of key stakeholders.

Planning is often time-consuming. It might even be uncomfortable. That doesn’t mean that it can’t be understood, or that it’s just too hard to ever get right. Too little attention has been paid to the inherent challenges of multi-generational planning.

In countries such as Japan, the UK and the US, it is assumed family businesses differ in a variety of critically important ways from non-family businesses. But this is not the case in Australia.

Writing for the Australian Financial Review in 2013, Michael Smith identified “a more defined process” in the United States with respect to talent development and succession planning. Patrick Trainor, a Hong Kong-based consultant, stated in the Journal of Global Accounting Alliance that older generations in Australia “have made their succession planning based too narrowly on untrained family members”.

The same GAA article later quoted Paul Parks, senior technical manager at the American Institute of CPAs, who pointed out that “more effort has been put into succession planning” in the United States, particularly with early talent development.

I strongly recommend that family business owners keep a few key principles in mind when planning for succession. Among these are establishing and explicitly communicating the goals of succession. Family harmony, not necessarily equality, is a must. Everyone must be focused on the long-term objectives, and understand that fairness takes into account historical and future contributions.

Family business owners should ask for help before they get lost. Succession planning is simple when properly understood, and sometimes this takes the help of a professional who can provide objectivity, expertise, and a track record of success.

Research from Family Business Australia suggests that only 20 per cent of Australian family businesses have a succession plan for the chief executive, yet 81 per cent of owners intend to retire in the next 10 years.

If you’re serious about building a lasting business and effectively balancing family concerns and company interests, then plan accordingly. Be honest about the process and ask for guidance when you need it — it’s the best way to avoid becoming another statistic.

David Harland is an expert advisor to multigenerational family groups in business and holds both national and international accreditation in the field of family advising and family wealth. As Managing Director of FINH, David works exclusively with family businesses throughout the Asia Pacific region in areas of business transitions and accessing Patient Family Capital.

Simon Clifford (Adviser fp) is an FBA Accredited Adviser. To learn more about how to make succession a reality in your business or for more information please (CLICK HERE)