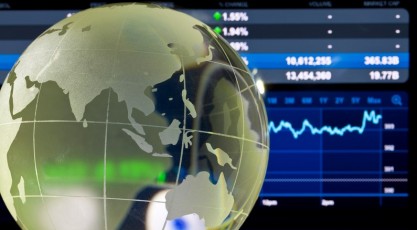 Volatility and the Trump Effect: Navigating Australian and Asian Investment markets in 2017

Market volatility will remain a key theme in the coming year, against a backdrop of modest improvement in global growth, rising inflation expectations and uncertainty about the impact of policies flagged by the incoming US administration. On balance, we think the new US president’s trade policy may not be as negative for Asia (and Australia) as first feared.

AT A GLANCE: HOW WE SEE THE YEAR AHEAD

From an economic perspective, four themes shape our view of the year ahead.

While Donald Trump’s unexpected victory and unconventional policy platform create uncertainties, they also in some respects support our outlook. Coupled with the Republican clean sweep in Congress, Trump’s victory has increased the probability of substantial fiscal stimulus (infrastructure spend plus tax cuts) and further tilts the balance to higher inflation. A Trump presidency will also help underpin the trend towards populism.

One of the main uncertainties that Trump’s victory has created relates to our outlook for emerging markets, which are likely to be adversely affected in the event that Trump delivers on his promise to take a more protectionist stance on trade. That said, emerging-market economies are in a stronger position today than they were during the “taper tantrum” of 2013.

Apart from our view on emerging markets, our global outlook has changed little as a result of the outcome of the US election.

Our Australia outlook is also little changed. Our core theme for some time has been the tug-of-war between the drag from the commodity sector and the boost from housing. To date, that contest has been even and the economy has done little more than “muddle through”. But the pace of growth in housing construction and prices is unsustainable, in our view, and its support for the economy is beginning to fade.

At the same time, while commodity prices have improved recently, we doubt the improvement is enough to help reboot the overall economy. Housing remains a risk, and we see the prospect of some disorder in the sector in the second half of 2017 that could well force the Reserve Bank of Australia to lower the cash rate, which is already at the historically low level of 1.5%.

© 2016 AllianceBernstein L.P. NOTE TO ALL READERS: The information contained here reflects the views of AllianceBernstein L.P. or its affiliates and sources it believes are reliable as of the date of this publication. AllianceBernstein L.P. makes no representations or warranties concerning the accuracy of any data. There is no guarantee that any projection, forecast or opinion in this material will be realized. Past performance does not guarantee future results. The views expressed here may change at any time after the date of this publication. This document is for informational purposes only and does not constitute investment advice. AllianceBernstein L.P. does not provide tax, legal or accounting advice. It does not take an investor’s personal investment objectives or financial situation into account; investors should discuss their individual circumstances with appropriate professionals before making any decisions. This information should not be construed as sales or marketing material, or an offer or solicitation for the purchase or sale of, any financial instrument, product or service sponsored by AllianceBernstein or its affiliates. References to specific securities are provided solely in the context of the analysis presented and are not to be considered recommendations by AllianceBernstein. AllianceBernstein and its affiliates may have positions in, and may effect transactions in, the markets, industry sectors and companies described herein.