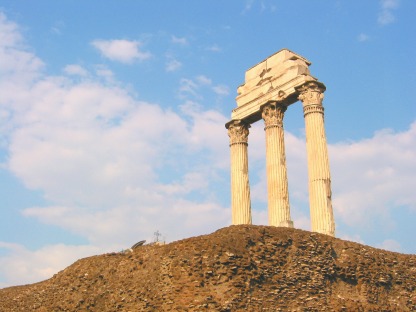 The age pension is means tested for recipients under both an income and assets test but only represents approx. 27% of average earnings and is therefore viewed by many as a low-income safety net. The greater the accumulated assets, the lower the eligibility with similar qualifications (albeit via deeming rates) under the incomes test. The taper rates have and will continue to change (next one being January 2017) whereby less people will be eligible for significant (if any) age pension entitlements. Such restrictions and ongoing legislative changes (via past and present governments) makes it difficult for retirees to rely on any current or future age pension and hence the difficulty to actively plan for Age Pension as a contributor to the total retirement plan.

Despite the introduction of Super Investment Choice, many employees assume their employer’s default fund is appropriate to their needs and do exercise the right to choose. While Superannuation is a taxation vehicle for retirement planning purposes (not a product), many Australians still perceive their Super as merely an account they cannot touch until later. This perception illustrates one of the most significant challenges the retirement planning industry faces in attempting to promote Superannuation as an appropriate vehicle to adequately fund for the retirement of Australians.

For Superannuation options, additional contributions can be made via pre-tax dollars i.e. salary sacrifice, where there are tax incentives provided, or in after tax dollars, whereby the tax has already been paid (as the funds are already in the hand of the contributor). Similar to the previous point re: the Super system, Australians by-and-large do not maximise their tax planning opportunities via Superannuation.

For non-superannuation alternatives, pre-retirees have the traditional bank savings, which offer no tax concessions, whereas investment in shares and property do so in the form of gearing opportunities and franked dividends.  Often, with the mistrust of both past and present Government’s tinkering with the Super system, the relative attractiveness of gearing (whether it be within shares or property) is preferred over Superannuation.

Many Australians have a fondness for property i.e. you can see it touch it etc. and many have benefited from the post war property booms in capital cities, whilst also enjoying tax benefits along the way. For the average Australian undertaking a ‘back of the envelope’ comparison between property and Super in terms of taxation and wealth accumulation benefits, they are perhaps more inclined to understand and therefore choose gearing a property over Salary Sacrifice, as their preferred strategy.

In summary, choosing an appropriate retirement plan is likely to comprise three elements: Aged Pension; Superannuation; and Voluntary Savings. No matter which combination you choose as being appropriate to your needs and financial circumstances, the one consistent element is your active involvement in retirement planning process is important and the most efficient way to do so is to engage a qualified Financial Planner.

This information is of general nature only and is not intended as a personal advice. It does not take into account your particular investment objectives, financial situation and needs. Before making a financial decision you should assess whether the advice is appropriate to your individual investment objectives, financial situation and particular needs. We recommend you consult a professional financial adviser who will assist you.

Information from other sources disclaimer

This information and certain references, where indicated, are taken from sources believed to be accurate and correct. To the extent permitted by the Law, Lonsdale, its representatives, officers and employees accept no liability for any person that relies upon the information contained herein.