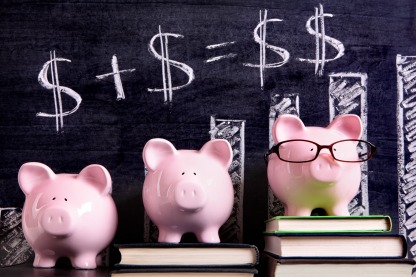 Superannuation is arguably the most tax-effective way to save for retirement, as contributions and withdrawals are taxed at a concessional rate. Given however that the Federal Government has mooted changes within Superannuation in the May Budget, particularly for wealthier Australians, we have put together a guide on the two most common types of super contributions and an overview on why Salary Sacrifice is still an attractive option for most people.

Before we can go any further, it’s important to understand that your eligibility to make contributions to your super are age based and the maximum contribution limits differ as to the source of the funds (i.e. employer, Salary Sacrifice and/or personal). For more information regarding these eligibility criteria (CLICK HERE)

Two most common types of contributions

• any eligible individual with after-tax money;

• a self-employed person who doesn’t claim a tax deduction for the contribution.

This may come in handy for those who receive a financial windfall such as an inheritance or the sale of a large asset. But be aware that if you choose this course of action, you may not be able to contribute any more in the next two years.

Salary sacrificing (a form of salary packaging) not only helps to boost your superannuation savings but reduces the amount of tax you pay as well. To encourage Australians to save more for their retirement, superannuation contributions are taxed at the concessional rate of 15 per cent, while investment earnings inside Super are generally taxed at 15% also.

For most Australians, this rate is much lower than the marginal rate of tax that applies to income derived in the 2014/15 tax year from employment and for investments held outside super as illustrated in the following table:

Two employees earning $55,000 p.a. wish to make an additional after-tax Super contribution of $8,500 in the 2014/15 tax year. While employee A elects to do so from their take home pay (i.e. after tax dollars), employee B has done so through salary packaging.

This salary packaging comparison illustrates the overall tax saving that can be achieved via salary sacrifice. By making regular salary sacrifice contributions to super you’ll only pay the concessional rate of tax on the amount that goes into super and your taxable income will be reduced by the amount you sacrifice. So, you’ll not only increase your retirement savings, but you will pay less in tax as well.

Prior to embarking on any retirement planning or Superannuation strategy it is important to seek qualified advice that is tailored to your personal circumstances. To speak with one of the Adviser fp team about your retirement planning options, please contact our office by (CLICKING HERE).