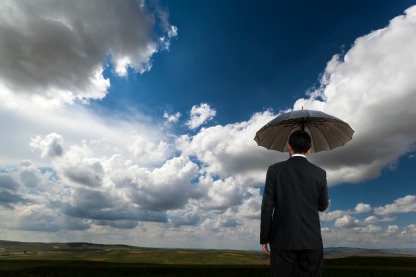 The global market volatility in January 2016 looks to be an extension of the stock market weakness we have seen during 2015. According to Russell Investments, at its core, the weakness is a reprise of the weakness seen last August (see our August 2015 market update here) and they expect much the same for now.

Specifically, modestly weaker-than-expected Chinese economic data along with another devaluation of the yuan (Chinese currency) seems to have many investors increasing the probability of a global recession sparked by a significant unexpected drop in Chinese economic growth. Russell continue to believe that China will do what is necessary to deliver a growth rate for 2016 that is very close to its growth rate target of 6.5%. They also expect increasing volatility from quarter-to-quarter in the Chinese economic growth rate as China transitions from an investment-led economy to a consumption-led economy.

Russell do not believe that a U.S. recession is likely this year, and view this sell-off as a temporary correction rather than the end of the almost seven-year U.S. bull market. In fact, their global team of investment strategists is moving from “neutral” on equities to a small “overweight” call based on sentiment measures, which indicated that the U.S. equity market had become “oversold” at the closing value of 1880 on the S&P 500® Index on Friday 15th January 2016.

Specifically, Friday’s market furore seems to have been started by weak U.S. consumer spending in the month of December and yet another leg down in oil. Friday’s oil weakness is likely a result of economic growth concerns, in conjunction with the expectation that the International Atomic Energy Agency (IAEA) will issue a report stating that Iran is complying with the agreement to control its nuclear program.1 There was anticipation that as a result of this, sanctions may be removed, which may further exacerbate the oil market’s current oversupply problem. And in a perfect market storm of negativity, both Citigroup and Wells Fargo announced lifting loss reserves in response to potential defaults by oil companies.

In short, Russell expect 2016 to present a challenging environment for investors. It certainly has started out that way. However, they also expect the global market to recover from these lows as market fears of an impending global recession fade, much like we saw following the weakness in August. In any case, investors can expect modest positive equity returns globally for 2016 with higher levels of market volatility.

Issued by Russell Investment Management Ltd ABN 53 068 338 974, AFS Licence 247185 (“RIM”). This document provides general information only and has not been prepared having regard to your objectives, financial situation or needs. Before making an investment decision, you need to consider whether this information is appropriate to your objectives, financial situation and needs. This information has been compiled from sources considered to be reliable, but is not guaranteed. Past performance is not a reliable indicator of future performance. Any potential investor should consider the latest Product Disclosure Statement (“PDS”) in deciding whether to acquire, or to continue to hold, an investment in any Russell product. The PDS can be obtained by visiting www.russell.com.au or by phoning (02) 9229 5111. RIM is part of Russell Investments (“Russell”). Russell or its associates, officers or employees may have interests in the financial products referred to in this information by acting in various roles including broker or adviser, and may receive fees, brokerage or commissions for acting in these capacities. In addition, Russell or its associates, officers or employees may buy or sell the financial products as principal or agent. Copyright 2016. Russell Investments. All rights reserved. . This material is proprietary and may not be reproduced, transferred or distributed in any form without prior written permission from Russell Investments.

The S&P 500, or the Standard & Poor’s 500, is a stock market index based on the market capitalisations of 500 large companies having common stock listed on the NYSE or NASDAQ.