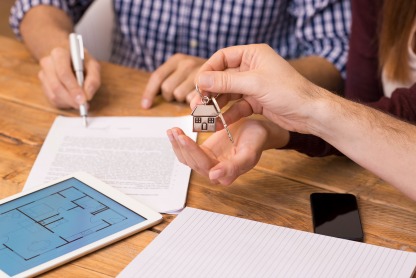 How much should I borrow ?

As a financial planner in Western Sydney for over ten years, this is a question I have been asked so many times that I thought it was worthy of writing a piece about how to answer that question as simply as possible.

Just only last week I had the pleasure of meeting with a young married couple who after two to three years of trying to save at a rate that has been out-stripped by the rate of Sydney house price growth they came to us in despair asking for our advice as to how much debt is the right amount. With interest rates at historical lows, there is no doubt that many people right now have the opportunity to borrow more than they would in a ‘normal’ interest rate environment – but it got me thinking as to how best take advantage of this opportunity.

Firstly, lower interest rates means borrowers have a higher proportion of repayments they can allocate towards repaying capital each year, thus they are able to afford more debt as their ability to repay the debt has improved. For anyone who has had a variable rate mortgage (or investment debt) over the last couple of years who has seen interest rates decline, but have elected to retain repayments at the higher than minimum amount, will have noticed their 25 or 30 year repayment timeframe has reduced as a result.

The key to benefitting from low interest rates is to not over-commit yourself to a mortgage. Doing so is relatively easy in theory, however in a red-hot property market, as has been the case in Sydney and Melbourne for the past couple of years, where prices have increased substantially, the temptation to extend yourself so as you ‘don’t miss the boat’ is high.

In this regard, one way to counter this temptation that I suggest to most first-time borrowers is to only borrow enough where affordability assumes a principal and interest (P&I) rate of 6% p.a. This way you can locate the property you can afford both now and in the future when interest rate rise again in the future. For mortgage rates to get back to a rate of 6% is a 50% increase from the current standard variable rate on offer of circa 4% p.a. which is likely to take at least an 18-month to 2-year period from now.

My mortgage broker suggested to me ten years ago to make weekly repayments as it provides you with an extra month in the year and it something I have never forgotten. If I make monthly mortgage repayments, which is the default for most, I only pay one month’s interest expense and a small portion of the capital on 12 occassions each year.

If I pay weekly, not only do I have a smoother overall cashflow (which better reflects my salary and spending cycle), I also pay one months extra repayment as a result of simple mathematics. Fifty two, which is the number of weeks in the year, divided by four, the average number of weeks in a month, is thirteen. By simply dividing the monthly repayment amount by four and repaying this each week, borrowers are able to make an additional month’s repayment each year – thus reducing their overall loan repayment timeframe with the possibility of building up an emergency cash buffer for redraw.

Where most people get caught short in managing their debt is where they have not adequately planned for contingencies and other life goals. These can include, but are not limited to, career promotion, unexpected illnesses or injuries that can prevent earning income, one partner stopping work due to children/ other family considerations and the possibility of changes in employment such as redundancy and/or job re-training.

Many of these issues can be managed or planned for with the assistance of a financial planner. For example, income protection insurance can provide up to 75% of your income in the event that you are unable to earn your normal salary, either on a temporary or permanent basis, while debt management and savings/investment strategies can also assist those looking to better manage their debt, change careers, take a gap year or make a sea-change.

Most people I meet, recognise that the purchase of a home is just as much an emotional decision as it is a financial one – and for many, it is the foundation of their wealth – therefore it makes good financial sense to build an objective-based strategy to ensure this asset adds value to your overall lifestyle.