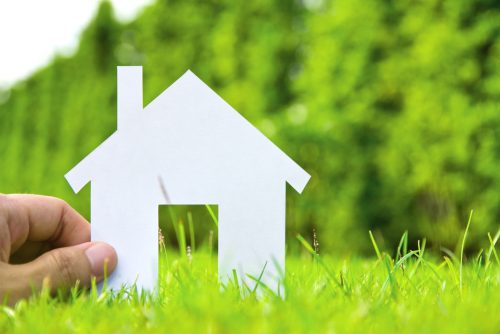 On Tuesday night, the 2017-2018 Federal Budget was released. It included a number of measures that the government hopes will address the issue of housing affordability. One of the measures that sparked the most interest from the media was in relation to the ‘First-Home Super Saver Scheme’ allowing first-home buyers to receive early access to voluntary super savings. The following article from Professional Planner does a brilliant job of explaining how this new scheme works and how it can potentially aid in saving for a first home deposit.

If you or your family have any questions, please feel free to get in contact with us to make sure you are taking advantage of the 2017-2018 Federal Budget reforms.

The government has unveiled a scheme to allow the withdrawal of voluntary personal contributions from superannuation to get on the property ladder. But it has stopped short of allowing workers early access to the compulsory super that employers pay on their behalf for a deposit on a first home.

It is one of a handful of initiatives unveiled in the 2017-18 budget on May 9 that the government is selling as measures to improve housing affordability. Related changes are targeted at removing barriers for older homeowners wishing to downsize, and encouraging more institutional investment in affordable housing.

From July 1, 2017, first-home buyers will be allowed early access to voluntary super contributions made after that date. Those contributions will be deemed earnings eligible to be withdrawn after July 1, 2018, to put towards a deposit on a home.

Contributions plus deemed earnings may be withdrawn any time after July 1, 2018, and will be taxed at the individual’s marginal rate, minus a 30 per cent offset.

How it will work

A fact sheet released by Treasury states that the amount of earnings that can be released via the so-called first-home super saver scheme will be “calculated using a deemed rate of return based on the 90-day bank bill rate, plus three percentage points (as per the Shortfall Interest Charge)”.

The fact sheet also states that non-concessional contributions can be made under the scheme.

It is understood that the deeming rate will be used to set an upper limit on how much can be withdrawn from a fund, and that if the value of a fund’s assets were to fall after an individual makes a contribution, the fund will not be required to pay out money it does not have.

It is also understood that the government chose this approach in part because it was the simplest to implement and is not expected to significantly increase the administrative burden on funds themselves.

The Australian Taxation Office will receive additional funding of $9.4 million to implement the scheme, which will include ensuring fund members are indeed first-home buyers, and that the funds withdrawn under the scheme are used to buy a home. This measure is expected to consume about $250 million in the budget over the four-year forward estimates period.

From July 1, 2018, individuals aged over 65 will be able to make non-concessional contributions of up to $300,000 from the proceeds of selling a home and downsizing.

A downsizer contribution will be allowed in addition to contributions now allowed under existing rules and caps. It will be exempt from the age test, the work test and the $1.6 million transfer balance cap for non-concessional contributions. However, a fact sheet states that “any change in the person’s superannuation balance as a result of this measure will count towards the age pension assets test”.

At a press conference inside Parliament House in Canberra, Treasurer Scott Morrison said the $300,000 figure is one the budget can afford, and that it will be up to each individual to consider whether the additional contribution and pension payments are an acceptable trade-off for losing pension entitlements.

The budget papers state that the downsizer measure will “apply to sales of a principal residence owned for the past 10 or more years and both members of a couple will be able to take advantage of this measure for the same home”.

Allowing proceeds in this way will remove a considerable barrier for older people selling a property and “may enable more effective use of the housing stock by freeing up larger homes for younger, growing families”, the papers state.

The broader package designed to address housing affordability also includes allowing managed investment trusts (MITs) to invest in affordable housing, provided it is made available for rentals for at least 10 years and the MIT derives at least 80 per cent of its revenue from investment in affordable housing. Withholding tax penalties will apply where an MIT breaches these requirements.

Michelle earns $60,000 a year and wants to buy her first home. Using salary sacrifice, she annually directs $10,000 of pre-tax income into her superannuation account, increasing her balance by $8500 after her fund has paid the contributions tax. After three years, she is able to withdraw $27,380 of contributions and deemed earnings on those contributions. Her withdrawal is taxed at her marginal rate (including Medicare levy) less a 30 per cent offset. After paying $1620 of withdrawal tax, she has $25,760 that she can use for her deposit. Michelle has saved about $6240 more for a deposit than if she had saved in a standard deposit account.

Michelle’s partner, Nick, has the same income and also salary sacrifices $10,000 annually to superannuation over the same period. Together, they have $51,520 that they can put towards a deposit, $12,480 more than if they had saved in a standard deposit account.