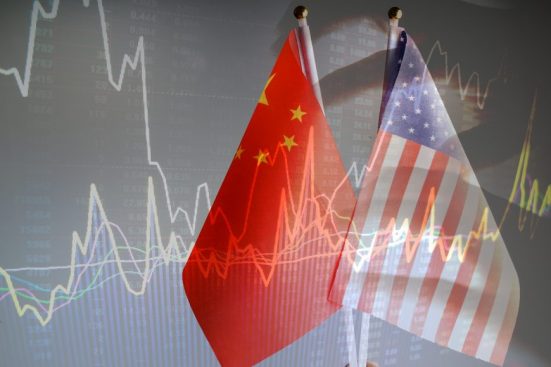 2018 has been a challenging year in most asset classes as investors adjusted to trade wars, China growth uncertainties, unstable European politics and a succession of Fed rate hikes. These issues will continue into 2019, with the added complexity that GDP and profit growth is likely to be slower in the U.S., while inflation pressures will build.

The key issue is that the end of the cycle is getting closer. The current U.S. expansion will become the longest on record if it continues to July 2019, which seems likely.

The danger zone for a U.S. recession is 2020. The yield curve will probably invert during 2019 if, as we expect, the Fed raises interest rates another three to four times. The chart below shows that every recession in the past 50 years has been preceded by the 10-year U.S. Treasury yield falling below the two-year yield. An inverted curve is a powerful indicator because the bond market is signaling that the Fed will soon move to reduce interest rates.

Bear markets don’t normally start until around six months before a recession, so equity markets still have some potential upside. Monitoring recession risks will be critical, however, to avoid buying a dip that turns into a prolonged slide.

An important reason for the strength in the U.S. economy and corporate earnings in 2018 has been the Trump administration’s fiscal stimulus.

The peak economic boost from the fiscal stimulus will be seen in late 2018 and early 2019, but the stimulus becomes a drag on the economy in 2020. The mid-term election results, with the Republican party losing control of the House of Representatives, likely means the Trump administration will be unable to push through more tax cuts.

A rotation away from the U.S.

The story of 2018 was U.S. growth leadership relative to other regions, in large part because of the Trump stimulus. This helped U.S. equities outperform other markets and the U.S. dollar to appreciate.

Japan and Europe disappointed in 2018. A succession of natural disasters (earthquake, typhoon and floods) caused Japan’s GDP growth to be negative in Q3, while we now know Europe’s economy was unsustainably strong at the end of 2017, making a slowdown likely. The problems in Italy, European bank exposure to Turkey, and Europe’s trade links to China meant it underperformed industry consensus forecasts. The most recent issue for Europe was the implementation of new emissions standards for motor vehicles. This caused a contraction in Q3 German GDP as manufacturing output plunged.

Both Japan and Europe should rebound from these temporary setbacks. For Japan, rising household incomes from jobs and wage growth, and strong business confidence mean above-trend growth is still a good bet. Regarding Europe, Italy and Brexit are ongoing headwinds for the region, but credit growth is picking up and financial conditions remain broadly supportive of growth.

Japan and Europe aren’t likely to grow faster than the U.S. in 2019, but we believe they have potential to outperform pessimistic expectations.

China’s stimulus won’t be that stimulating

China’s economy is on track for GDP growth of around 6.5% in 2018, its slowest since 1990. It faces headwinds from high indebtedness, slowing property construction, poor demographics and the trade war with the United States.

China responded to its last two downturns, in 2009 and 2015, with massive fiscal and credit stimulus. These efforts came at a price: China’s debt-to-GDP ratio rose from 140% in 2008 to over 250% at present, creating concerns about financial stability.

Stimulus is underway, but it is unlikely to be as large and effective as previously. It should, however, be enough to keep growth near 6% for 2019.