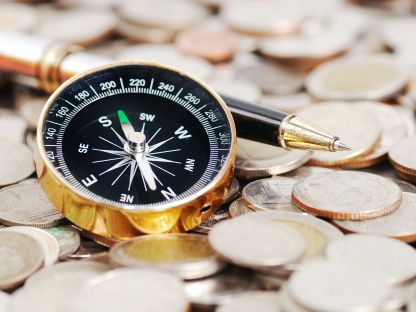 Upside or Downside? The Direction for Global Equity Markets

Global equity markets seem much more susceptible to changes in investor sentiment, and they’ve seen surges in volatility since August 2015. With this in mind, what should investors be watching for clues as to where the market might be headed?

Equity gains since 2012 have been overwhelmingly driven by rising valuations, as illustrated by the large contribution of price-to-forward earnings to the MSCI World Index return (Displayed below). Meanwhile, earnings growth was minimal. We believe this is a key reason behind the stock market’s increased sensitivity to investor sentiment. There are no crystal balls on market direction, but many investors are understandably ready to reduce their equity exposure if risks increase meaningfully.

In putting forward a balanced view on markets, Alliance Bernstein see both sources of increasing downside risks (in the negative) and potential catalysts that could trigger a sustained rebound in equities (in the positive).

Here are three areas of risk that could result in a decline in valuation multiples.

Continued disappointments with economic and global earnings growth could feed the perception that monetary policy has reached the limit of its impact. Fiscal stimulus is at least 18 months away, so equity valuations would likely drift lower. At the same time, high spreads on investment-grade and high-yield bonds would limit mergers and acquisition activity and reduce stock buybacks, sapping other potential sources of demand for equities.

The incremental benefit of quantitative easing on economic growth appears to be declining, despite its big impact on asset prices since the Global Financial Crisis. Still, there’s plenty of liquidity; the key risk is investor and consumer sentiment. Alliance Bernstein are monitoring: housing prices, growth and broader inflation indicators; currency moves in response to central bank rhetoric; and broad credit-creation measures.

If the European Central Bank raises capital requirements, it could cause European banks to retrench even more. This would reveal stress and create other damaging effects, including putting a dent in credit creation.

Credit creation, by European banks in particular, was critical to Alliance Bernstein’s (AB) assumption of a sustainable economic recovery in Europe, because of its impact on consumer spending and small-business creation. AB view the Senior Loan Officer Surveys as a valuable indicator for assessing the resilience of credit creation in the face of tighter capital requirements for European banks.

At this point, capital flight is winning—China is using its official reserves to defend the yuan and provide liquidity to the banking system. If this continues and the Fed doesn’t revive quantitative easing, it could affect demand for US financial assets. China insists its currency is safe, but we think devaluation could happen. Markets may decline initially, although the long-term trajectory could ultimately be to the upside.

The recent decline in financial assets has created a negative wealth effect—in other words, it has reduced potential spending because of lower real and perceived wealth. It’s also weighing on business and consumer sentiment. But equity valuations are still very attractive relative to those of short-term bonds, and there’s a lack of traditional investment excesses that tend to drive market downturns.

1) The End of Inventory Correction:

We believe that a good portion of the recent decline in growth comes from the headwind of business inventory de-stocking. On the flip side, when inventory corrections end, we tend to see sharp growth rebounds.

We monitor global inventory trends through corporate reports, and complete data for the fourth quarter of 2015 isn’t available yet, data available to date suggest inventories continued to build. US government data also suggest that manufacturing and trade inventories grew ahead of sales. This could easily reverse in the next one to two quarters and show up as an acceleration in growth by mid-year.

So far, the market has interpreted the decline in oil prices as a negative because it impacts credit spreads and financing costs—and creates pain for oil-producing countries. But the benefit of cheap oil has a much broader reach. Consumers, for example, have more money to spend, with confidence the key to unlocking more consumption.

So far, they’ve used much of the savings to pay down debt. That makes the next few months critical: there’s growing rhetoric that lower oil prices are a permanent fixture, a belief that’s necessary to boost consumption. We should see evidence of increased consumption in sales growth for stores and services that cater to lower-income consumers.

3) Race to the Bottom in Rates Spurs Activity:

This is the most tenuous potential source. A growing circle of countries imposing negative interest rates could lead to ramped-up credit creation and demand for assets. Declining real estate capitalization rates and rising loan demand could be early signs.

If these trends don’t materialize, it could usher in a transition to fiscal policy experimentation. But outside of oil-producing countries, virtually no country appears to be contemplating expansionary fiscal policy. We recognize that fiscal spending is moving from headwind to tailwind in most of the developed world, but we don’t think it’s being considered as a meaningful weapon to drive inflation and growth.

These are a few of the scenarios and signposts that could help us determine the likely direction for risk assets. For now, we think it makes sense to consider remaining somewhat underweight equities in multi-asset strategies. But it’s not because of conviction about poor valuations or underlying economic fundamentals. Instead, it’s about recognizing the impact of volatility (short-term) and downside risk in the equity component on overall portfolio performance.

MSCI makes no express or implied warranties or representations, and shall have no liability whatsoever with respect to any MSCI data contained herein.

The views expressed herein do not constitute research, investment advice or trade recommendations and do not necessarily represent the views of all AB portfolio-management teams.