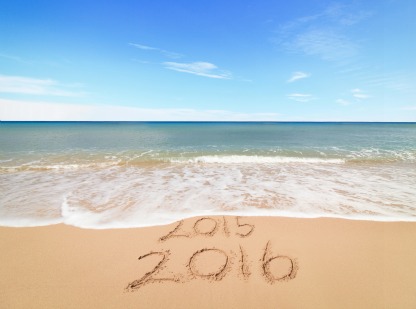 Does a New Year Resolution set you up to fail?

Did you make any New Year Resolutions last January? Did you break them?

The more common resolutions are to lose weight, get fit, reduce debt, or save more money.

People have been making New Year Resolutions since the time of ancient Rome. The Julian calendar (45BC) chose January 1 as the start of the New Year. January was named after the Roman god Janus, the god of beginnings and endings – so traditionally this time of year is about reflecting on the last 12 months and planning the next 12.

The thought of resolutions can be tough when we are also told ‘you can’t teach an old dog new tricks’ or ‘a leopard can’t change its spots’. Accordingly, it may seem the older you get the more you cringe when you hear ‘New Year Resolutions’. In fact our resolutions are typically predictable and are often the same as the year before. This cycle is due to the fact that most people fail to achieve their resolutions of 12 months earlier.

Psychologist Richard Wiseman found that 88% of New Year Resolutions fail. That is a large percentage of our willpower failing. Part of the challenge lies in the fact that we chose resolutions because it’s just that time of year – there is no other motivating factor. We tend to grab a mismatch of resolutions, which often make no sense when you put them all together.

For example, it can be a mammoth ordeal to exercise more, eat properly, drink less, quit smoking, be nicer and save more all at the same time – it is overwhelming. It is like expecting ourselves to go from being a lounge lizard to a marathon runner overnight. It is too much to expect, and within a short period of time we give up for another year.

Recent research has found that 25% of us throw in the towel on our resolutions within the first week. On average the people that are successful with their New Year Resolutions require 6 attempts. Hence the saying, success is not in achieving what you want, it is getting up each time we fall over.

In saying that, it is also important to differentiate between what society tells you you should be and what is realistic and what you really want for yourself. Psychologist, Janet Polivy, calls it the false hope syndrome where we convince ourselves that we should be attractive, healthy, happy, and socially and professionally successful all of the time.

When setting the path for 2016, be realistic, take one step at a time, be patient and persistent.

Once you have set your goals you can then decide if you want to tell the world about them, or to keep them to yourself. Either way, tackling New Year Resolutions will require some hard work and more than just good intentions. Melbourne psychologist, Tarry Orton, states that we are creatures of habit, so attempts to change require forethought, self awareness and being honest about obstacles to change.

With these tips in mind, maybe you can change a few of those undesirable leopard spots, while letting go of any unfair and unrealistic goals that you never really wanted in the first place.