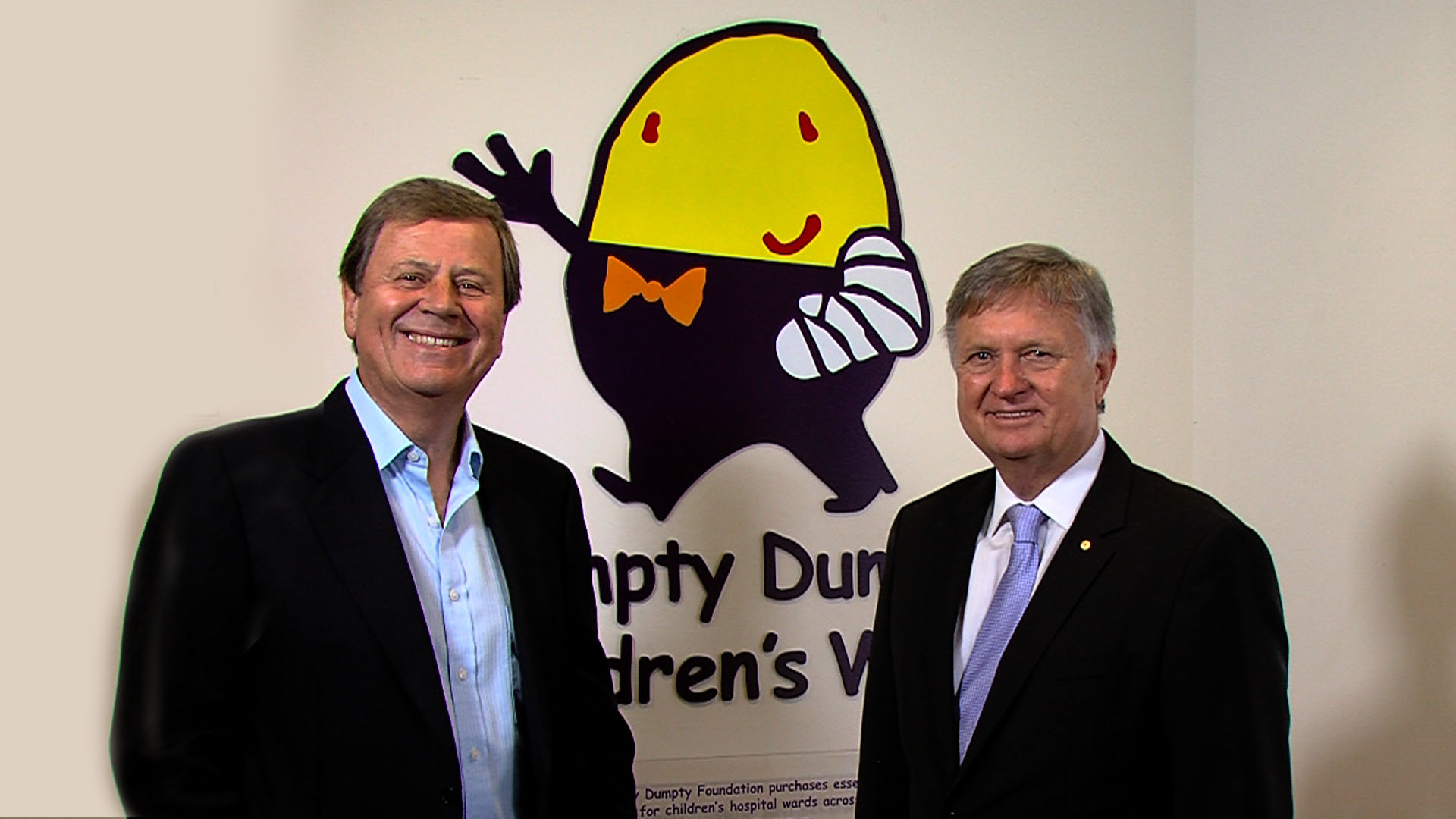 This year, we have the pleasure of hearing from one of Australia’s most highly regarded journalists and favourite TV personality, Ray Martin.

Paul Francis, dreamt up the Humpty idea in another lifetime (before wife and kids) and has been the inspirational, driving force ever since. He lives and breathes the Humpty Dumpty Foundation. Friends and strangers put their hands in their pocket for Humpty because they know Paul Francis is fair dinkum and devotes his life to helping sick kids. The wonderful irony is, that Paul’s twin daughters, were born six weeks premature at Royal North Shore Hospital. Humpty’s equipment certainly made their entry into this scary world a lot more comfortable and caring. The humidicribs and breathing apparatus that surrounded them had Humpty Dumpty Foundation stickers all over them.

Invitations will be sent to our ongoing service clients this week – please SAVE the DATE, as this is sure to be an event not to be missed.

For more information regarding the Humpty Dumpty Foundation please go to www.humpty.com.au